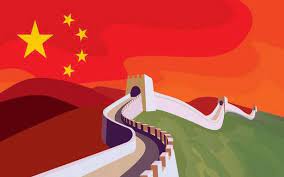 A Taliban-led Afghanistan and the Chinese conundrum

The U.S. move of vacating Afghanistan — a nation vital for the Belt and Road Initiative — may prove costly for Beijing.

Recent weeks have been unsettling for the people in Afghanistan. A devastating bomb blast, on August 26, outside Kabul airport, killed many people, soldiers and civilians. Not the first of its kind, the region has seen umpteen number of bomb blasts, including the one at the Gwadar, just a few days earlier, targeting Chinese nationals. For an economy driven by the opium trade and ruled by tribal leaders, the new normal is bound to be governed by instability, fighting groups, and thereafter, boom, gloom, and doom.

After the long war, the spoils

In fact, the United States did the smart thing by leaving Afghanistan. The Afghan occupation was costing it more than what it was getting in return. An estimate by Brown University, U.S. (https://bit.ly/3n5cPLJ), suggests that since 2001, the U.S. has spent $2.26 trillion, out of which $1.53 trillionwas spent on defence. The Afghan economy did not flourish, with 90% of its population still living below poverty line, with less than $2 a day. The only thing that the economy can still brag about is its ability to produce opium and mercenaries.

But then Afghanistan has a few other things that are valuable — rare-earth metals and huge deposits of copper. The Chinese in particular will be happy about it as they have the technology to excavate them. In fact, the return of the Taliban is seen as a victory of Chinese diplomacy and a debacle for the United States; comparable to the U.S.’s symbolic evacuation of Saigon, in 1975, at the end of the Vietnam war. Indeed, China (also, Russia) have kept their embassies running in Kabul while the western embassies have disappeared. Moreover, China is engaging with the Taliban, with an eye to complete the new Belt and Road Initiative (BRI) investment. And a Chinese presence in Afghanistan with an all-weather ally Pakistan may sound ominous for India.

Crucial link in the BRI

Afghanistan is indeed vital for the BRI. Without counting on Afghanistan, the bulk of Chinese investment in the China-Pakistan corridor will be at risk. Considering the heavy infrastructure investment sunk in the BRI, only many years of successful operation could repay it. In such a project, spending is easy, but getting back the money is extremely hard. The amount of trade that should flow through the new Silk Road should be massive and long term. Otherwise, it will cost money and effort.

In fact, the Chinese successfully implemented this investment strategy, and it worked well in the context of Southeast Asia and Africa. First, the cost of production being lower in Southeast Asia meant Chinese firms could gain by shifting their production bases outside China. Second, investing in these regions meant access to bigger markets for Chinese firms and more uniform regional development. For instance, the relatively underdeveloped Kunming region in Yunnan province became a commercial hub. Third, Chinese firms could evade protectionist measures targeted at their exports when they began exporting from Southeast Asian countries instead. Fourth, investing in Africa and Asia has also reduced some of China’s energy requirements, enabling Beijing to access cheaper foreign energy (oil and power) and minerals. Chinese firms have also constructed hydropower plants and a thermal power station in Myanmar. China has also invested in power transmission and copper processing activities in Vietnam. The Chinese want to mimic the same strategies in the case of Afghanistan and Pakistan.

Success in these two countries would imply that China will be able to bring together a large part of the Indian Ocean littoral and Eurasia through high speed rail lines, pipelines, and maritime linkages. The idea of connecting to the rest of the world stems from China’s aspiration to get out of manufacturing, go up the global value chains, and start focusing on product designing and innovation. According to the government of China, the development of the BRI would impact 4.4 billion people and generate trade worth $2.5 trillion within a decade.

The shadow of terror

But here is the flip side. Afghanistan and Pakistan are not comparable to the Association of Southeast Asian Nations (ASEAN). The recent suicide attacks in Kabul and Gwadar are a pointer and may even indicate the resurgence of terrorist groups such as al Qaeda, Daesh, and the Islamic State. No businesses can flourish in the presence of terrorism, especially when the Taliban are known to have a soft corner for the East Turkestan Islamic Movement — a militant group active in the Uighur province of China. No matter how much the Chinese leadership has a desire for inclusive and peaceful development in Afghanistan, in reality, things stand out in stark contrast.

Even considering Pakistan, a country relatively better off than Afghanistan, the Chinese are facing problems. Pakistan is unable to repay a China-funded energy project, built under the BRI. The economy of Pakistan faltered because of dynastic politics and corruption. To top it off, there is an excessive dependence of the political class on the military. Business decisions are not economically driven but are motivated by vested interests with the army calling the shots.

There are good reasons to believe that the return of the Taliban in Kabul will spell gloom and doom for the Chinese. The Taliban ruling groups are far from united, making it impossible to make any reliable domestic and international policy predictions. The dependence on opium export makes Afghanistan vulnerable to world mafias and corruption. All this implies that its undemocratic rulers are not comparable to China-like autocracies, with an inherent stable character. Embargoes, rebellions, factional wars, will be the likely events in Taliban-controlled Afghanistan. These issues will spread to Kazakhstan, Turkmenistan, Turkey, and other essential rings in the BRI chain.

Additionally, the Taliban are among the world’s least acceptable ruling elite for the western countries. The enormous markets controlled by the western powers are the most lucrative for China. Hence, the next decade will likely show a sequence of BRI trade flow stop-and-go following likely European and American decisions to block or sanction trade from Afghanistan. Given the unfriendly relations between the U.S. and China, any excuse will basically be picked up and used by the White House to stop trade along the BRI. Hence, the cash flow into the BRI will constantly face a risk of interruption. The financial market will incorporate this expectation and make the funding of the remaining parts of the BRI more expensive and restricted. In a game of chess, the U.S. move of vacating Afghanistan may in fact prove costly for China.